Due to the tilt of the Moon's spin axis (1.54°), some regions near the poles are in permanent shadow while other nearby regions remain illuminated for the majority of the year. This subtle tilt causes lighting changes from lunation to lunation. The poles are most illuminated at their respective summer solstice. Thus, images for the NAC south pole mosaic were acquired centered on the southern solstice (2010-07-23 through 2010-12-11), and layered in order of the greatest incidence angle and sub-solar latitude closest to the pole. The mosaic has a latitude range of -90° to -85.5° and is stored as 40 polar stereographic map tiles.

NAC images were map projected onto the LOLA DEM using the LOLA crossover corrected ephemeris. The images were not registered to one another. 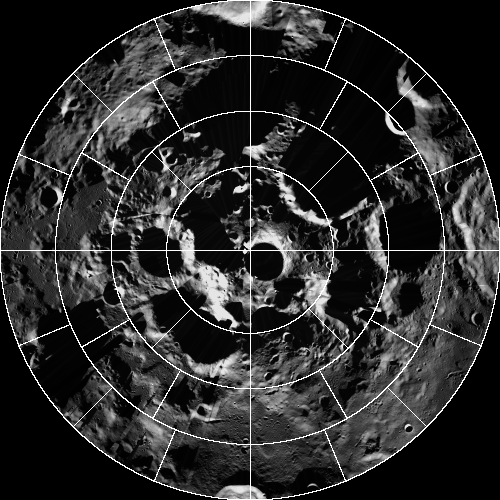